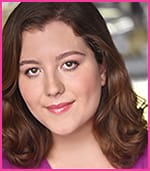 Bringing Your Story To Life!

Autum has studied with the best to bring you her best reads.

Autumn Sky Wolfe has been performing in Music and Theatre professionally since she was 15 years old.

Blessed with both a visual and audio photographic memory, Autumn excels in multiple performance areas. Autumn has been nominated for awards for her record releases and graduated early from the prestigious American Music and Dramatic Academy (AMDA) with a full 4.0 degree, when many AMDA attendees find it too difficult handle the severe rigors required for full graduation honors.

Autumn’s talent in music and theatre have made her invaluable in the Voice Over booth. She brings extraordinary focus, energy and timing. Autumn views her high functioning autism as a gift that gives her special talents which make her very focused and successful in music, stage and VO performance. Her timing and humor are evidenced in her AMDA performance on YouTube.

Autumn’s hopes that her multiple successes will be an inspiration to other spectrum performers with special skills and talents.